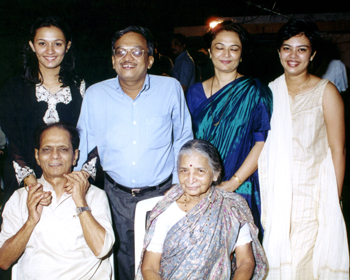 On 29th of May 1949, Sudhir Phadke tied the knot of holy matrimony with the then famous playback singer – Lalita Dewoolkar. Today the legacy of these two music professionals is carried on by their only son – Shridhar Phadke. The immediate family consists of Shridhar, his wife Chitra, their two daughters Swapna and Pradnya.

Due to the extreme conditions in childhood, despite his wishes, Babuji could not pursue higher education. He had a dream of becoming an engineer but could barely complete his basic schooling. When it came to the future generations, Babuji was very particular that education is always the top most priority. 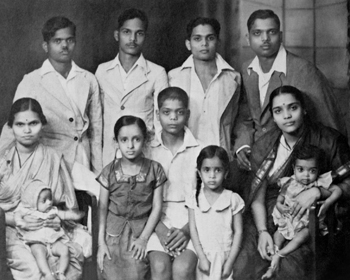 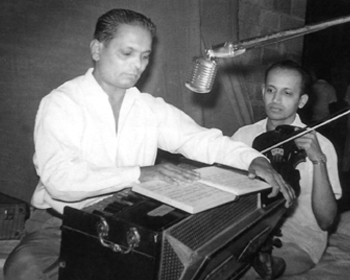 From an early age, Babuji was trained in Indian classical music by the famous classical singer Pt. Vamanrao Padhye (Padhye Bua) in Kolhapur. He also trained in Baburao Gokhale’s Maharashtra Sangeet Vidyalaya for a short while. As Babuji embarked on his own discovery of music, with concentration and dedication of Ekalvya, he imbibed the singing styles of Balagandharva, Hirabai Badodekar and K L Saigal – all of whom he considered as his Gurus.

Young Ram was one of the favourite pupils of Pt. Vamanrao Padhye. Once the Gandharva Mahavidyalaya in Kolhapur was hosting an All India Parishad and some of the most renowned Indian classical vocalist were present as this event. Padhye Bua informed all present that Ram, one of his disciples, takes excellent notation and any of the present vocalists should sing something and Ram can repeat their renditions note by note. Behold, some of the vocalists sang various aalaaps and the young Ram sang these again note by note. Such was the confidence of Padhye Bua in his young protégé.

Another incident took place while Ram was studying in Maharashtra Sangeet Vidyalaya. There was a classical music competition organized at another Music School. Baburao Gokhale entered Babuji’s name as a contestant on behalf of the Maharashtra Sangeet Vidyalaya. Famous singer Abdul Karim Khansaheb was the judge at this competition. 12 year Ram won the competition and Khansaheb’s heart with his rendition of Multani Raga. So much so that Khansaheb asked him to perform another song for him.

These two incidents gave Babuji the confidence to pursue music as his life’s goal. 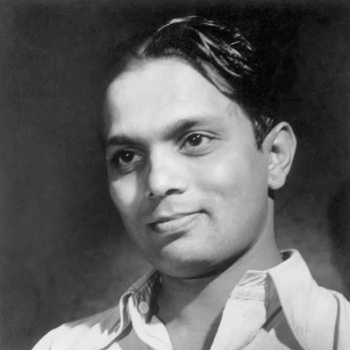 Together with Y G Joshi, Babuji produced 2 Marathi films, Vanshacha Diva (1948) and Vitthal Rakhumai (1951) and 1 Hindi film, Ratnaghar (1955). In 1961, he produced Ha Mazha Marg Ekla which won a Rashtrapati Puraskar. He later on dedicated a big part of his life in production of Veer Sawarkar film.

Babuji was staunch nationalist and a dedicated RSS worker. He was also a freedom fighter who smuggled arms in his musical instruments. He participated in freedom fight of Dadra-Nagar Haveli and Selvasa against the Portuguese. He also led in the rescue movement for Mohan Ranade and Telu Mascarenus who were languishing in the Portuguese prison for years.
Babuji suffered from a stroke and passed away on 29th July 2002 in Mumbai. 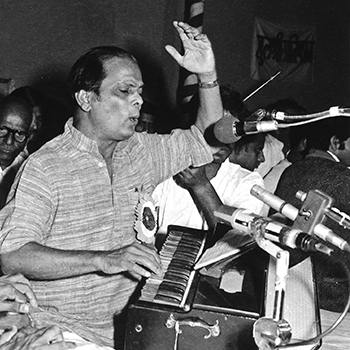 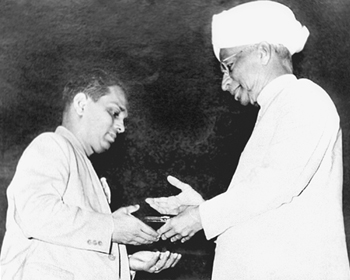