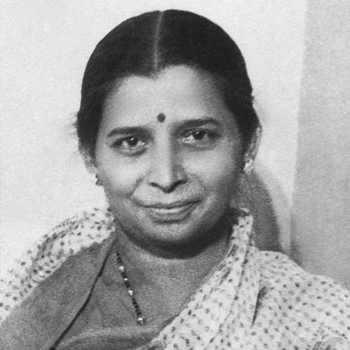 Thank god that first impressions are not forever….
The first time I saw him was in 1943 when we worked together in a musical opera written by poet Prabhakar Gupte. We did not talk much then. Sometime later, we met again when he asked me to sing for a musical called Madan Sanhar. He criticized my Hindi mixed Marathi accent often during those days.

As most of the Marathi film work took place in Pune, Babuji also did the music recordings in Pune. He called me for playback singing for the film, Jivacha Sakha to Pune on a particular day. Due to my hectic schedule and complete lack of travel knowledge, I never ended up going to Pune. He had organized everything for the recording and was very upset that I did not show up. Such was our beginning….

The next opportunity to work together came in 1949, when Hansa Wadkar suggested my name to Babuji for playback singing in Sant Janabai film. He was initially not inclined to work with me but Hansabai convinced him otherwise. I then went to Pune with my mother for the recording. During this time, my mother became well acquainted with Babuji’s older brother Nana and his wife, Vahini. When Nana and Vahini approached my mother with Babuji’s proposal and my reaction was completely negative. I had too many responsibilities of my own family and I really thought that both of us with our short tempers would be disastrous together. But Nana and Vahini did not budge and on 29th May 1949, we entered the holy matrimony together.

Our wedding was a simple one where Babuji and Nana took care of all arrangements and expenses. One of my colleagues, the famous playback singer Mohammed Rafi sang the magalashtaka in our wedding. I had put forth only one condition before our marriage that I don’t want to ever go back to Play back singing post marriage and Babuji supported me whole heartedly.

Babuji was a patient and generous soul. We had all sorts of visitors in our Shivaji Park house, some wanted him to compose music for their poetry, some wanted him to listen to their music, their voice and some wanted financial help. As a person who in his struggling days, had to walk 10 km from VT to Dadar for a small cup of tea, he never sent anyone back empty handed.

Babuji was a strong nationalist and a socially conscious person. He always walked the talk. Under the project, ‘India is my home’ several young children from the north east were brought to big cities for integrating them into the fabric of mainstream Indian culture. One such youngling was a 7 year old boy from Arunachal Pradesh named Leki Phuntso. Babuji decided to take full responsibility of this boy and thus he became our second son, Deepak. Deepak grew up shoulder to shoulder with Shridhar in our household.

Our little household in Shivaji Park was always open to all. Friends and colleagues from the music fraternity never felt any need for formality to come to our house, as Babuji always made everyone feel very welcome. 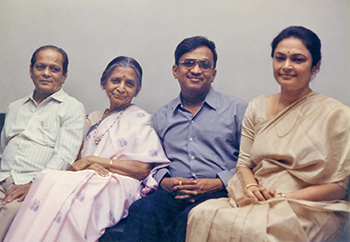 Anna – the larger than life persona!

Sudhir Phadke was a very big name for a small town girl like me when my marriage was fixed with Shridhar – his only son. I was under tremendous pressure when I joined the household but with his simplicity and love, Anna – my father in law helped me to gel with the family. His integrity, sincerity, honesty and capacity to untiringly with zest and passion was not just inspiriting but also contagious. He had a knack of attracting likeminded people and roping them into working with him for his dream projects.

Stories of his obsession with perfection are famous but what people may not know is the humble persistence and hard work that he put in for his desired perfection. He is were to make a bed – you would not find a crease; if he were to clean an utensil – it would sparkle; if he were to sweep a floor – you would never find a speck of dust on it. He believed in dignity of labour and no work was a taboo for him.

Anna was a very caring person and made it a point to be a part of both sad and happy occasions in the lives of not only his near and dear ones, but his staff as well. Obstacles in his path, never dampened his spirit, but on the contrary made his resolves and efforts stronger. His heart ailment took away a chunk of time but once he was fit, he resumed full throttle for the Veer Sawarkar film production. Even during hospitalization, he would keep monitoring the progress of the fund raising and the pre-production activities.

He was famous and well respected in Marathi film industry and came in close contact with men in high positions but never did he use such connections for person favours or gains. He was content living the life of a middleclass Maharashtrian all his life, rather he was averse to luxuries so much so that he would travel by taxi only if it was a must otherwise B.E.S.T was the best mode of transport for him.

Proud to be my father’s son – Shridhar Phadke

This is one of my early memories as a child. We were travelling by train and had 2nd class ticket reservations. The train was very crowded and some people came into our compartment and started to occupy our reserved seats. Anna (as I called him) was very angry and fought with these individuals who had occupied our seats. After some time, these people found some other seats nearby with TC’s help. Anna opened the food tiffin that we had with us, shared everything with the same people and with a smile told them to forget the argument and enjoy the food…such was his persona!

Its incidents like this one that left a deep impact on my mind and shaped my upbringing. Anna was strict yet loving. He was a stickler for cleanliness and never allowed anyone else to help him with his daily chores.

Anna had a dream of becoming an Engineer which could not be realized due to his tough financial situation in the early days. He always insisted that I, and later on his granddaughters, focus on education and make it our top priority. In the beginning, I was very hesitant to sing or even hum a tune in front of him. But when he found out that I like to compose music, he was very happy and always encouraged me.

He was fascinated by interior designing. He changed the look and design of our little apartment in Shivaji Park every couple of years and it looked completely different every single time.

As a music director, I am fascinated by his work. His compositions are so easy on the ear but when one tries so sing them, one realises how intricate and complex each composition is. He placed a lot of importance on pronunciations and feelings of the lyrics. Pick any of his compositions and you will notice that the beginning of the song (Mukhada) is extremely attractive and the tune stays with you. He always told me to keep the opening of the song simple yet attractive.

In Geet Ramayan, each composition has a different flavour. Anna’s knowledge of classical music, his study of different styles of music across India and his fantastic imagination were the base of this unique creation. He placed great importance on the lyrics and the message that they conveyed and thus his compositions always touched the heart. Once Pt. Bhimsen Joshi was attending the Geet Ramayan Program and he told Anna that he had come specially for the last song – ‘Ga Balanno Shri Ramayan’. This song is a ‘Bhiaravi’ and Anna’s rendition really mesmerised Panditji as well as the audience.

As his son, I am extremely proud of my father. His work in the music industry is unparalleled and I feel that he has created his mark in the form of “Sudhir Phadke School of Music”.