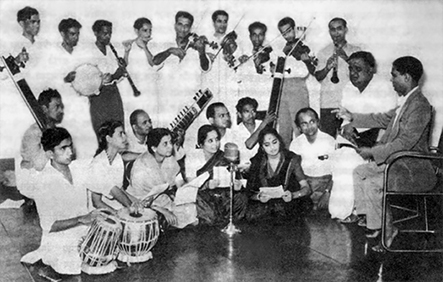 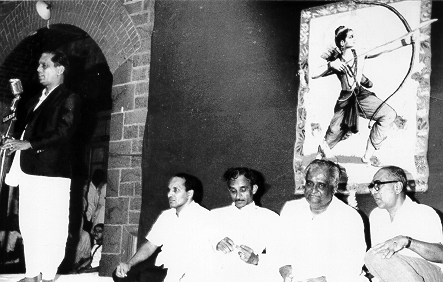 Some say that Geet Ramayan is a heavenly creation of exceptional poetry and music that touches your heart the first time you hear it and stays with you for the lifetime.

At the request of Shri Sitakant Lad of Pune Akashvani, Gadima and Babuji came together to create this musical extravaganza in the form of 56 songs. In today’s modern world, Geet Ramayan is the fantastic example of ‘Agile Development’. The two creators knew the scope and worked in 56 iterations where every week a new ‘Epic’ (quite literally in this case!) was chosen, story was described in Gadima’s incomparable writing and the music was composed in by Babuji in his unique style.

Like in any great project, there were some tough situations in the making of Geet Ramayan too. For instance, on the night of the recording of the first song, Babuji’s son Shridhar was taken seriously ill and had to be hospitalized. On another occasion, the handwritten script of the song was lost and of course, it was the only copy. Tempers flared, accusations started to fly out but in the end, Gadima wrote the song all over again and Babuji composed music literally minutes before the recording.